He Directly Personifies the ldea of Art 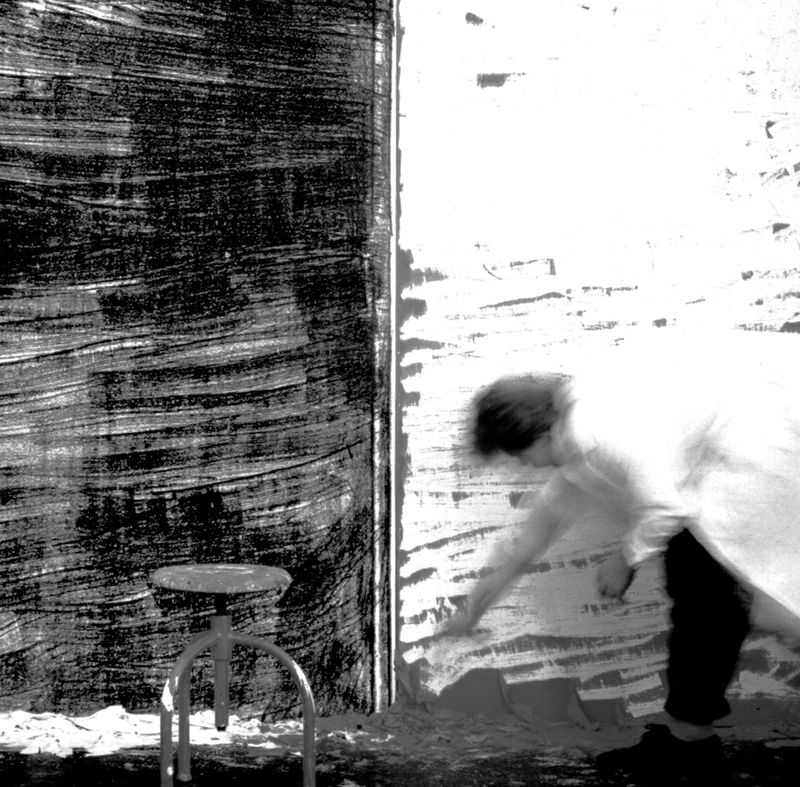 “Through his many years of uncompromising practice, Wincenty Dunikowski has come to directly personify the idea of art. One has the urge to say that he »lives« in this idea, taking up the challenge of the times in which he lives.”

If, instead, we were to think ourselves into the very heart of his attitude... Such a generalizing approach is justified by the occasion upon which I mean to do just that: namely, Duniko’s first large exhibition, after many years, in Poland. But this is not all.

I am profoundly convinced that such a “reduction” ought also to be applied because, in his case, the kind of scrupulous descriptive and metaphorical critical approach that moves quickly from one work to the next is not so much unfounded (since, after all, the artist’s works do provide more than ample material for interpretation) as inadequate.

Through his many years of uncompromising practice, Wincenty Dunikowski has come to directly personify the idea of art. One has the urge to say that he “lives” in this idea, taking up the challenge of the times in which he lives. He takes it up in the personal aspect (condition, mood, intellectual authority figures), in the aspect of artistic means (the visual forms, shapes, and materials in which he puts his creativity into practice in the visual world), and in the aspect of the total environment, with its social, technical, and organizational consistency.

It would thus seem proper to look upon Duniko’s creativity as a personal incarnation of art. It is precisely in his particular case that the decision to be an artist, a decision grounded in the deepest philosophical substance of modernism (“I am always changing”, “To be means to be against”, principles which Dunikowski expounds in his self-interpretations) is ruthlessly incarnated in his life. This ruthlessness manifests itself both in his choice of materials that do not conform to any workshop or disciplinary precedents, and to the radicality of his life’s journey – the artist at every moment of his life has been open to creation. One can even say that the artist lives in his art, with short interruptions only to satisfy the basic needs of life. To live “in” art means to live in one’s own, challenged space of existence, in a world of constantly recurring questions, in a zone of tension, where the author may at any second be called to work on a picture, a graphic, an object, or an installation, may be at any moment summoned to make manifest his presence.

In the case of Wincenty Dunikowski, this state finds a rather spectacular exterior expression, when he more or less physically participates in the expression of his ideas, when he employs his own body to heat wax with its warmth (“Piece of Wax Melted by the Artist’s Body”), or when he appropriates everything around him, together with the time of day or night (“Moment Art”). These spectacular manifestations have yet deeper sources. They are a natural representation of the practical existential friction on the borderline between the artist’s life and his work. It is hard to say where this division occurs, and indeed whether it exists. It would seem more nearly true to make the claim, paradoxical at first sight, that the artist is alive only when he is working creatively. Creativity here does not mean only the realization of a particular object, though this is doubtless a moment of particular intensification. The situation of a life lived in art is all the more complicated, as it involves the artist together with his entire cultural environment. He gives life to the culture machine of today, with its galleries, museums, artistic circulation, etc.

Let us at this moment say straight out that this condition of the indivisibility of artistic existence, this absorption with nothing left over, has become the primary hallmark of artistic quality, regardless of any particular concrete realizations. The offering of one’s life, the moment of identifying one’s existence with one’s creative work: these are the measure of authenticity, and this in turn is a testimony to morality. This is a condition precedent for depth in a work, and at the same time an expression by the artistic act of its particular immanence. The situation of being in art is not the only guarantee that its purpose will be fulfilled, but it is sufficient. In existence in art there at once begins and ends every possible interpretive chain, cutting short the efforts of philosophers and compromising the erudite pronouncements of critics. It is not subject to the approval of passing political fads, no matter how deep the historical and social arguments that lie behind them.

At this point it is hard to avoid making an observation regarding the very fact that Dunikowski’s exhibition has appeared in Poland. By living and creating in two entirely divergent cultural worlds, remaining in both faithful only to art, he confirms and strengthens the particular universality of the determination here described. Every genuine creator seeks out a climate for his artistic incarnation, a climate independent of systemic structures, of the ups and downs of economic and political circumstances. Duniko, through his presence in essentially two cultures, remarkably confirms this sort of universalism, and his artistic corpus repels all facile interpretations, all moralizing of a provenance other than artistic.

Thanks to Wincenty Dunikowski, we may once again find ourselves in the world of art, experience it in its autonomy, with its regenerating power. We may with relief suspend the custom of interpretive rumination over meanings, and the inclination to the opportunistic rhetoric so ubiquitous in our culture.

The article was originally published in the catalog: “Wincenty Dunikowski-Duniko, Retrospective – My best…”, BWA Gallery of Contemporary Art in Krakow, 1995