Born in 1947. In 1974 he graduated from the Academy of Fine Arts in Cracow. He currently lives and works in Bonn, Berlin and Cracow.

Duniko’s sources of concept of life and artistic attitude lie in the late period of conceptual art and in the post-conceptual breakthrough. The problems of the study on the media of artistic creation, the appropriateness of representation in relation to reality, notation of ephemeral processes, pragmatic choice of the language of creation are enriched with an attractive gesture staffage. Continuous change, and simultaneously series continued for a long time, the sequential mode of creation, presence of time in artistic reflection, ‘dissolving’ of art in the space of everyday life or ironic defiance of traditional artistic values are the most distinct characteristics of the artist’s multi-dimensional activity

He had already earned international recognition in the mid-1970s for his work series called Albums (1971), Projections (1973/4) and Moment Art (1976), which have won prizes at prestigious exhibitions in Poland and abroad. He participated in Polish 1970s avant-grade exhibitions. In the 1980s and 1990s he focused mainly on installations and works from the above-mentioned series Ready for Use and Current Programme, which were exhibited in Kassel, Heidelberg, Mulhous, Berlin, Ludwigshafen, Orońsko, Warsaw and Melbourne. The break of the 20th and 21st centuries was marked by retrospective exhibitions which included series from the 1980s and 1990s (in Cracow, Heidelberg and Orońsko).

Among the points which focus Duniko’s artistic biography, we should list works from the series Moment Art (transparent photographs Duniko’s Breath, 1974/1976, Common Print with Breath, 1980 and The Hammering Artist, 1976), documentation of actions (among others Groceries, 1973, Labyrinth, 1973), monumental pictures (From the Series T, 1989), photographs and objects from the series Scraped Away Screens (1973/1989), works from the series Point of No Return and Story of Point of No Return, installations Current Programme, or works dedicated to Barnett Newman Who Is Afraid of Red, Yellow and Blue Death (1978) and others. Material works are complemented by texts-manifestos, which turned out to be fraught with consequences for the whole of Duniko’s production and to which he remains faithful until today, among others My best picture is a day, My best graphic is a night, My best sculpture is my wife, 1973; My best video is the current programme, 1974). 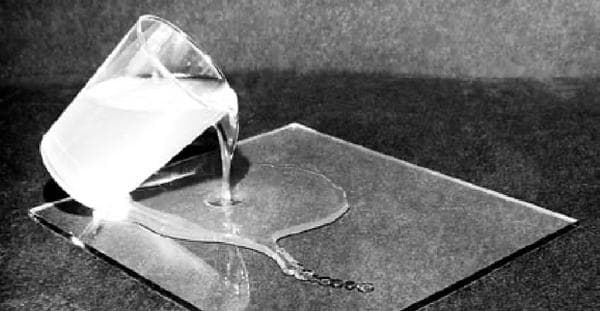 Wincenty Dunikowski-Duniko gained international recognition in mid-seventies for his series of projects Stamp Albums, Albums (1971), Projections (1973/1974) and Moment Art (1976), which have gained many awards at prestigious exhibitions in Poland and abroad. He was the founder of the fictitious Centre of Artistic Programming Duniko (1972). He took part in the exhibitions of Polish neo-avant-garde of the seventies. In the 80 he realized installations and objects from the series Ready for Use (since 1980) and New ‘New’ Revolution (since 1985). The next decade resulted in the series The Current Programme (since 1992, on the basis of his idea from 1974), Point of No Return (since 1992), Story of Point of No Return (since 1998) and Early Post Fossilien Painting (since 1999). The works from the eighties and nineties were presented among others in Kassel, Heidelberg, Mulhous, Berlin, Ludwigshafen, Orońsko, Warsaw and Melbourne. The turn of the 20th and 21st centuries was marked by retrospective exhibitions in Cracow, Heidelberg, Orońsko and Bielsko-Biała. The artist’s works are in Polish and foreign collections, among others in the National Museum in Warsaw, Nationalgalerie in Berlin, Schering Kunstverein in Berlin, Bank of America in San Francisco, Moderna Galerija in Ljubljana, Museum of the Southwest in Midland.

Wincenty Dunikowski-Duniko, Ready for use, 1982 (in front) at the exhibition: Now! Artists of Foto-Medium-Art Gallery, Mazovian Centre for Contemporary Art “Elektrownia” in Radom, 2008